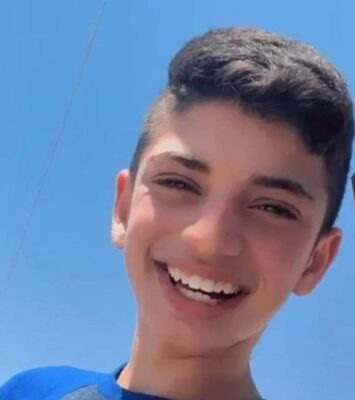 On Saturday, Medical sources reported that a Palestinian child from Beit Ummar town, north of the southern West Bank city of Hebron, lost his eye after Israeli soldiers shot him with a rubber-coated steel bullet.

The sources said the child, Ziad Mohammad Abu Ayyash, 15, was shot with a rubber-coated steel bullet directly in the right eye, causing extensive damage, before being moved to a hospital and then to a Jordanian medical center in Amman.

The surgeons tried to save his eye, but the damage to the retina and optic nerves was so severe, forcing them to remove it.

The child was shot by a soldier in the fortified military tower at the main entrance of the refugee camp when dozens of Palestinians marched against the seriously escalating Israeli violations, including the recent offensive on Gaza, the killing of a Palestinian in Hebron, and the assassination of the three Palestinians in Jenin.